THE BEST-NAMED BLOG ON THE INTERNET 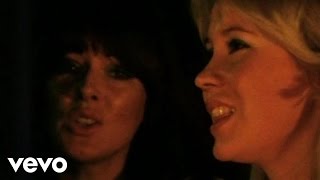 Over the past year or so, I have developed a small infatuation with ᗅᗺᗷᗅ. Every band has a peculiar sound, but ᗅᗺᗷᗅ has been a pleasant surprise for the range and sheer variety of styles exhibited in their discography. They are commonly cited by music critics as having been accomplished studio musicians. But when I think of the generous portions of canned meat studios have been churning out since the nineties, I am not sure that the compliment is not overwhelmed by the deliri

Classroom Blogging – Wikis and Other Stuff

Classroom Blogging: A Teacher's Guide to Blogs, Wikis, & Other Tools that are Shaping a new Information Landscape (2nd ed.) by David F. Warlick. Warlick wants teachers to know that blogs are not the only game in town. Depending on your goals, there may be other digital platforms which are better-suited. He briefly mentions the rise of the Content Management System (CMS). Our school is transitioning to Moodle, which is one such system. Technically, blogs are also a CMS, though

642 Things to Write About

Last Christmas, my sister, who is a far more thoughtful gift-giver than I am, bought me a clever book titled 642 Things to Write About. The book is a list of – as you might well guess – 642 writing prompts. It's like journaling with structure. As part of my more random side, I am setting this book beside my computer with hopes of (eventually) writing on all 642 topics (less a small handful which are too salacious for general publication). Some prompts will do little more than

Classroom Blogging: A Teacher's Guide to Blogs, Wikis, & Other Tools that are Shaping a new Information Landscape (2nd ed.) by David F. Warlick. In this third section of the book, Warlick begins by clarifying the key difference between the internet proper, and the “blogosphere” - the world of blogs. The Web is basically a vast global library, passive in nature. The information is there on the digital shelf for you to check out. On the other hand, blogs are a global conversati

As a teacher who benefits from having an extra day off in September, it perhaps it will seem counter-intuitive for me to criticize Labor Day. But, in this era of intellectual lethargy, where even so-called conservatives have been shaped by a virulent strain of cultural Marxism, it has become necessary to draw rather clear lines. First, let’s be clear that the Labor Day holiday does, in fact, have rather dubious origins, being first established by a conference of mostly social

Mr. B. Explains Why I Have More Than a Feeling (updated 9/4)

THE BEST-NAMED BLOG ON THE INTERNET

Blerkins is an eclectic blog of scholarly reflection and cultural commentary for folks who still believe that Western civilization has merit; and that life is far too interesting to give up on, or waste on television.

Our audience tends to be people exasperated with the world but too idealistic to give up on cultural engagement; who swim in a world seemingly devoid of truth, yet are too ethical for hedonism.

For our readers who must sometimes travel long distances, from oasis to oasis, waiting with great patience for our next post. Here are a few sites we love and which you will certainly enjoy.

SERIES | I Pledge Allegiance to the Half-Masted Flag (Part 1)

SERIES | Intro | "I Pledge Allegiance to the Half-Masted Flag"

And the Grammy goes to...